Whether adrenaline or relaxation, the BRABUS Shadow 900 XC Cross Cabin forms a bridge between utility and luxury, due to its functionality and versatility. Transforming the traditional perception of what a purposeful cabin cruiser should look like, the unmistakable look of the BRABUS Shadow 900 XC has created a new yet instantly recognisable face within this popular boating genre.

Just like a well-designed, luxurious, high-performance 4x4 for the road, the all-weather capable, ‘full-enclosed’ Shadow 900  XC Cross Cabin could easily be referenced as a luxurious ‘Sports Utility Vehicle’ made for the sea. Endowed with true ‘go-anywhere’ characteristics, while at the same time offering an extremely convivial environment, with comfortable, raised seating for seven people in the cockpit that effortlessly cossets occupants in the sophisticated luxury and bespoke detailing renowned of a BRABUS.

The Limited Black Ops `1 of 37´Edition offers, aside from the standard models, an exclusive variant, which is fitted with a special paint and fabric. Only 37 boats will be manufactured with the unique Gunmetal Grey paint and the red seats with BRABUS fine leather.

Thanks to the dual 450 Racing Mercury Marine 4.6 litre 8 cylinder Verado FourStroke engine, the Shadow 900 XC gets unbelievable 900 HP in order to drive with over 60 knots. At the same time the new model gets a bigger selection, by which our customers get a possibility of options never seen before.

Add your touch by selecting from a wide range of packages. Choose between impressive cargo capacity by the new multi-storage package for the storage of your adventure equipment and outdoors-lifestyle gear or select the luxurious and supremely comfortable aft cabin with ‘queen size’ sleeping accommodation. Also available with extensive wetbar and refrigerator setup or the usable aft bench module.

The slim and distinctive look, as well as the ultra exclusive Black Ops Limited Edition variant with the Gunmetal Grey paint and the bright red fabric form the exclusive Launch Edition of this 38 feet long sportboat. A collectors series, how its traditionally made with every BRABUS Marine product at its launch.

The versatile program consists of the spyder version - completely open, for pure, genuine fun and the sun-top version, which allows the crew a certain sun protection. Thanks to the dual 450R Verado XL 4,6 litre V8 four stroke engine from Mercury Marine, which give the boat its name Shadow 900 and a top speed of over 60 knots.

The innovations never seen before include the gullwing doors, which redefine the design of the front cabin completly and give the little used space a new space and light feeling, which not a single other performance orientated sport weekender of even a high performance gets near.

With its versatile storage space and the manifold possibilities to take people with you, the Shadow 900 is surely one of the world best luxury tenders or sport boats and also feels at home, in company of the best super yachts of the world.

1955 was the first jury founded, to evaluate the best designs of its time.In the 90s, professor Dr. Peter Zec, CEO of Red Dot developed the same and the brand of this award. Since then, the award "Red Dot" is the internationally valued seal of approval for outstanding design quality.

In this year, a record of 6.500 participating products from 60 different countries was judged and rated by an international commitee, consisting of independent designers, design professors and respected journalists. 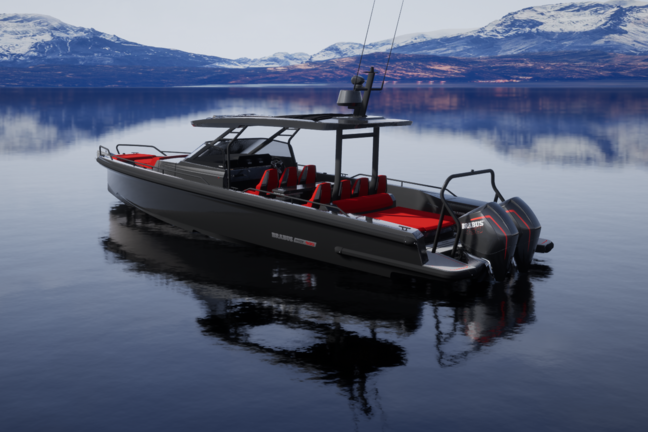 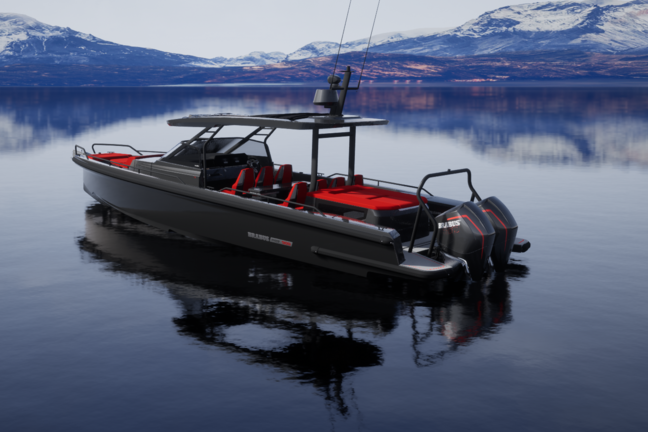 For Your High-Performance Experience!